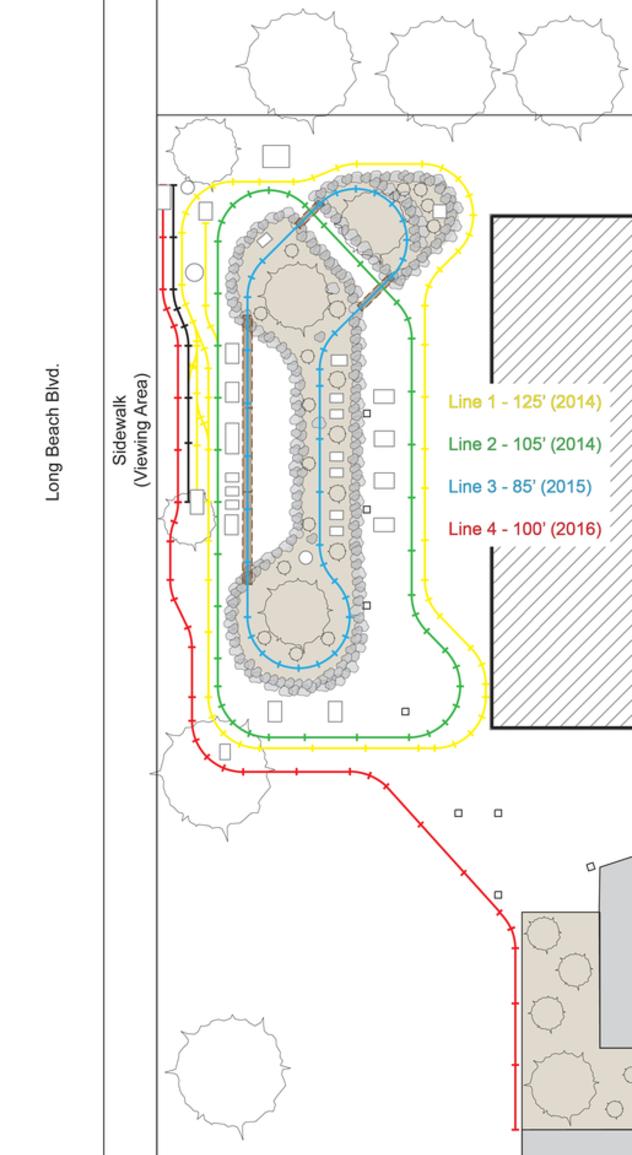 - Construction of fourth train line, point to point trolley line connecting the south end to the north expanding the railway along the entire street frontage.

2017
- New houses and structures have been built, DCC conversions in a few locomotives

-New structures, New Philadelphia Street Car will be running on the point to point layout. Sound being installed in non-sound locomotives.

-Additional scenes have been setup around the railway with characters from movies, tv shows, etc...